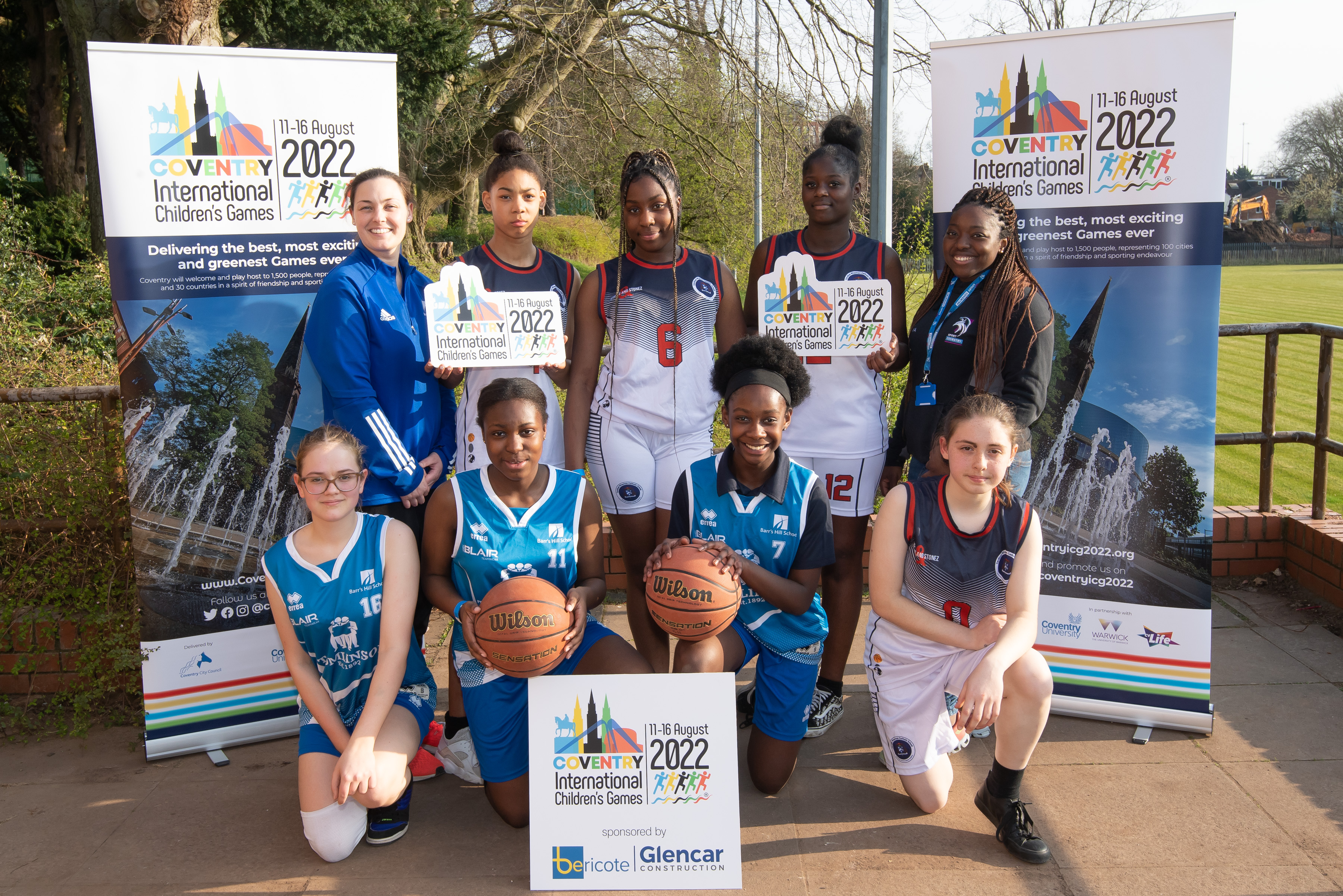 Eight girls aged 12-15 were selected and will now go to the basketball 3x3 boot camp in the buildup to the Games.

All secondary schools in Coventry were invited to bring along their teams to the selection event so that they could have the chance to be a part of Team Coventry - sponsored by Bericote and Glencar Construction - during the Games.

The girls were picked from the following local schools; Barr’s Hill, Cardinal Wiseman and Cardinal Newman.

Andy Williams, Director of Business, Investment and Culture, Coventry City Council, said: “It’s great to hear about the success of the girls 3x3 basketball selection event. As a result of the try-out session, we are adding eight girls to a growing Team Coventry that will represent our city.

"Events like the International Children’s Games are really important for the city and for all of our talented and ambitious young athletes. Well done not only to those that made the next stage of training but to all athletes that attended the event.”

Team Coventry Manager, Danny Kingham, said: “I’m really pleased that we have now selected both the boys and the girls' basketball 3x3 squads.

“The boys' basketball 3x3 selection was the first try-out event that took place for Team Coventry this year, so we were really keen for yesterday’s selection to take place and be as great as the first.

“Everyone that took part in the session was brilliant and we saw a high standard across the board. I really look forward to seeing the athletes that were selected at the training camps soon.”

“With our flagship sports team 'Coventry Flames Basketball' assisting with the 3x3 basketball programme for both the boys and girls, it allows the coaches and the players to give back to the community after experiencing a successful season themselves. We can't wait to get started."

The International Children's Games in Coventry will be the first in the history of the Games to be inclusive and see disabilities celebrated throughout. Coventry also aims to make the Games the greenest ever, making conscious decisions to ensure sustainability.

Basketball 3x3 will take place in Broadgate in Coventry’s city centre during the Games between 11-16 August 2022.

Take a look at the photos from the event on Flickr

Listen to what the girls’ coaches have to say about the selection event.